April 25th, also known to us as World Penguin Day, is a big day in the penguin calendar as it coincides with the annual northern migration of Adelie penguins. World Penguin Day is a day to recognize and raise awareness about these incredible flightless birds. Whilst Canada isn’t home to any penguins, unfortunately our actions still affect these beautiful creatures. There are 18 of species, of which 11 are deemed endangered by the International Union for Conservation of Nature (ICUN) and 3 are considered near threatened.

The most obvious contributor to the species’ decline is climate change and the reduction in sea ice. By 2050 it is predicted that around 70 percent of colonies will be quasi-extinct unless we rapidly curb greenhouse gas emissions. Plastic is a big contributor to greenhouse gases. Nearly every piece of plastic begins as a fossil fuel, greenhouse gases are emitted at each of each stage of the plastic lifecycle and so greenhouse gas emissions from the plastic lifecycle threaten our ability to keep the global temperature rise below 1.5°C. An increase in temperature causes the sea ice to melt at a rapid rate. Ice plays such a crucial role in the penguins life cycle; from providing a place to rest and avoid predators, to offering a breeding grounds for multiple species of penguin. If sea ice declines at the projected rate almost all Emperor penguins would become quasi-extinct by 2100. 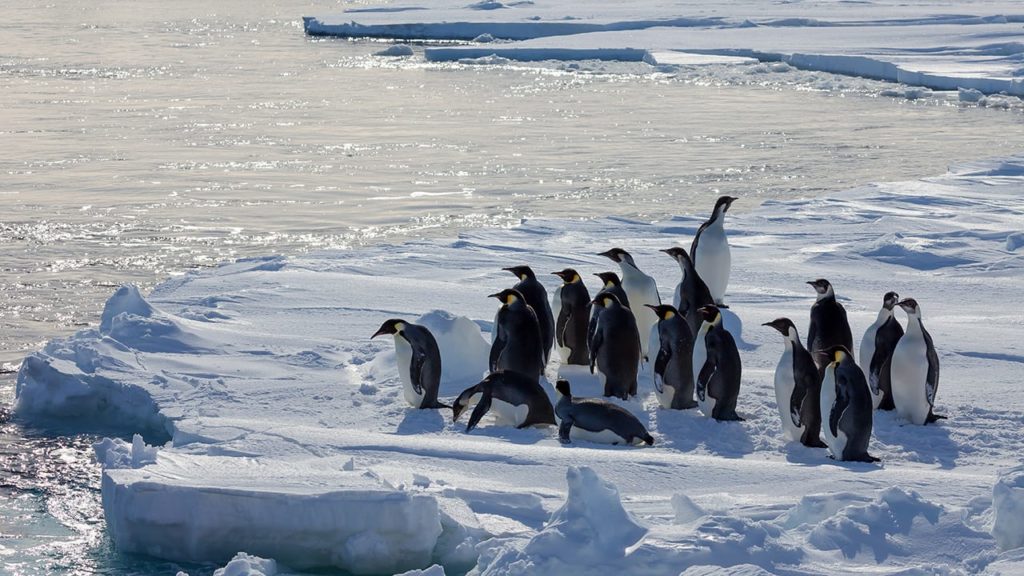 Another contributor is overfishing. When we overfish an area the marine life who rely on fish as a main food source have to travel further afield in order to find their food. Penguins being forced to swim further poses a number of risks. Leaving well known hunting grounds for lesser known waters can increase the risk of predator attacks. Predator threats are also increased on land, if the adult penguins are swimming for longer for food, they leave their chicks more vulnerable to predators. Not only does overfishing affect penguins in the short term but the long term impacts of overfishing will cause penguins to migrate further and further each year in order to find food. Again this leaves them vulnerable not only to predators but also exhaustion.

In the case of some penguins, rather than changing location, they move on to other local food sources which are lacking in vital nutrients, this can lead to starvation as the penguins are not getting adequate nourishment. In addition to the scarcity of food, fishing in general can pose a huge threat to penguins. Penguins frequently get caught in trawlers and captured in gillnets which often have fatal consequences. 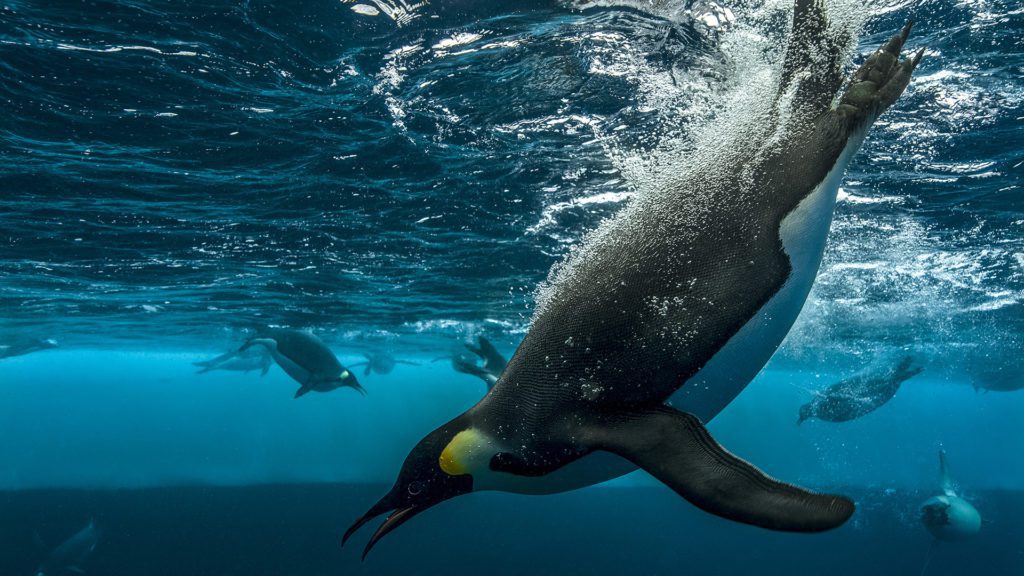 A less obvious factor, perhaps, is ocean plastic. At least 14 million tons of plastic end up in the ocean every year, killing an estimated 100,000 marine mammals.

There are generally three ways in which marine animals, including penguins, can interact with plastic.

Penguins can get entangled in various types of plastic including plastic bags, fishing nets and even plastic pack rings. Getting entangled in plastic and not being able to free themselves, penguins can suffocate, starve, and drown.

Mistaking plastic for food can severely impact the health of penguins. Plastic, which has been found in penguins’ stomachs, can release harmful toxins which pose a threat to their health; damaging vital organs in the long term which can lead to cancer. These toxins can even cause birth defects in their offspring. Larger pieces of plastic can cause intestinal blockages which can have fatal consequences. Several species of penguin that have been found beach-washed, contained significant amounts of plastic in their intestinal tract.

3. Indirect ingestion of other organisms that have consumed microplastics.

Microplastics are tiny pieces of plastic that are less than 5mm in size. There is growing evidence that microplastic pollution is now present in virtually all marine ecosystems. Even in the Antarctic, microplastics have been found in penguin scat. Antarctic krill, a favourite food for some species, has been found capable of ingesting microplastics. If microplastics are being ingested at the very bottom of the food chain, the future seems rather bleak for penguins. So even though Canada isn’t home to any penguins, that doesn’t mean to say that we are not accountable for what happens to them all over the world. 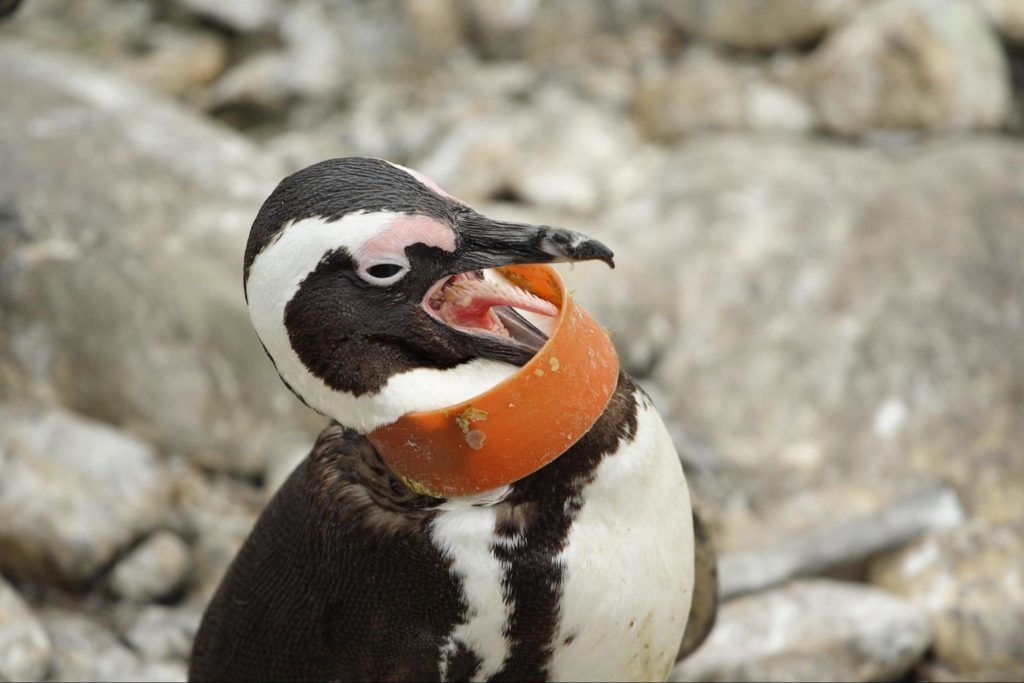 The future of penguins is uncertain but there are still things that we can do as individuals to try and help save these incredible birds.

One of the most important things we can do to help penguins and all marine life is to reduce the amount of plastic that we use. From plastic packaging, to day to day items like soap where microplastics are already an added ingredient – seriously! Check out our blog on Microplastics. We need to be more conscious of the products and ingredients that we are buying. If we absolutely have to buy products that contain plastic, please make sure that it is recyclable and that your local area accepts the type of plastic you are recycling. Unfortunately the recycling world isn’t easy to navigate as it all depends on the capabilities of your local recycling plant. Even though it may say recycling on the label this doesn’t necessarily mean it is recyclable in your area. To avoid this minefield buy as little plastic as possible.

If you are a fish eater, please ensure any fish that you buy is from sustainable fisheries. In Canada look for the MSC blue fish label, this label means that the fish comes from a certified sustainable fishery. Check out this handy guide from the MSC which tells you what brands are sustainable and where you can buy them. By reaching out for this label you are supporting healthier oceans!

Finally, another way in which we can help protect penguins is to donate to a dedicated penguin or marine charity. These organisations are at the forefront of protecting penguins and our oceans, donate and join the cause!

PrevPreviousPreparing for Earth Day 2022!
Next10 Questions with May’s #LocalHero Thomas!Next 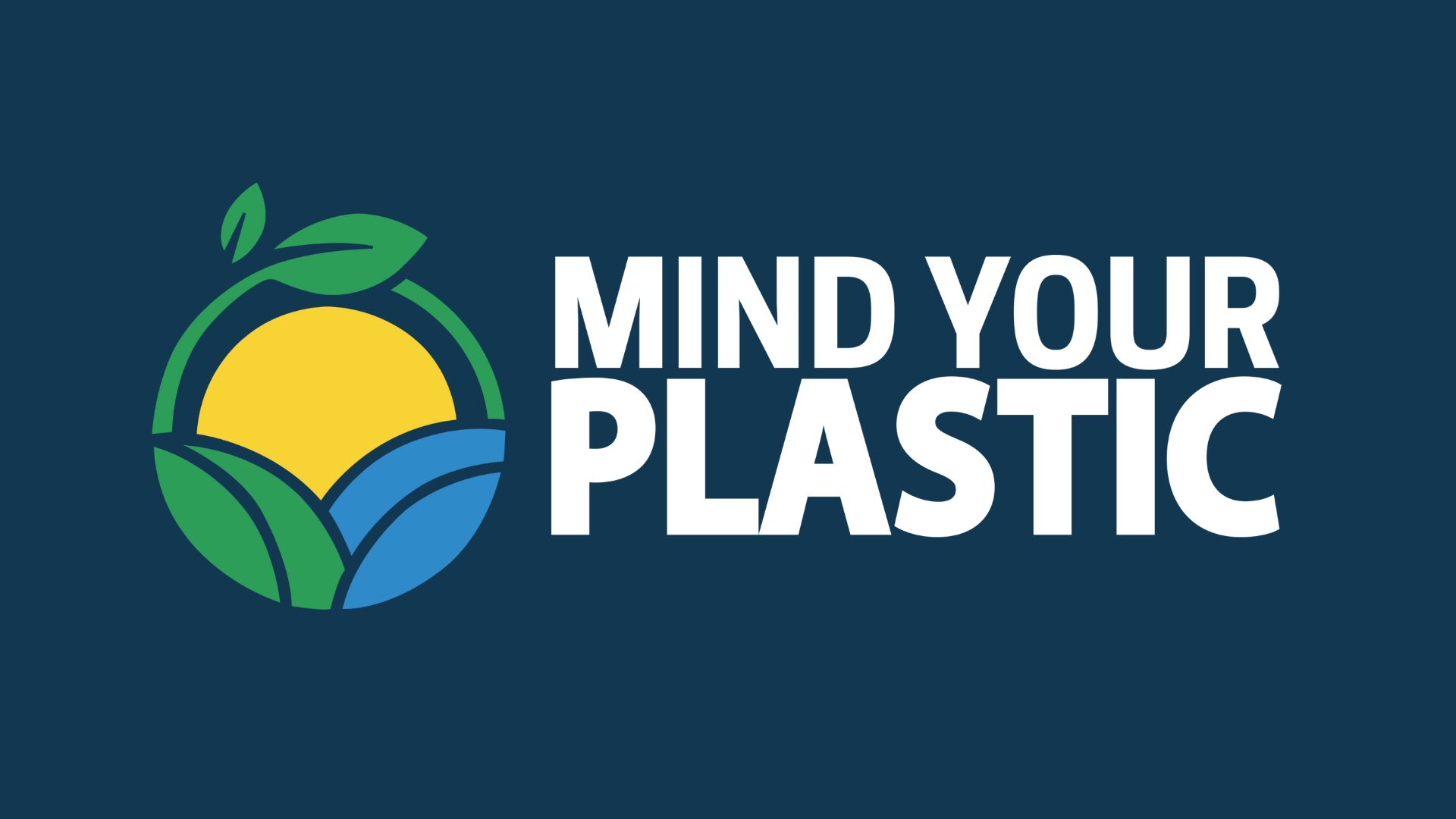 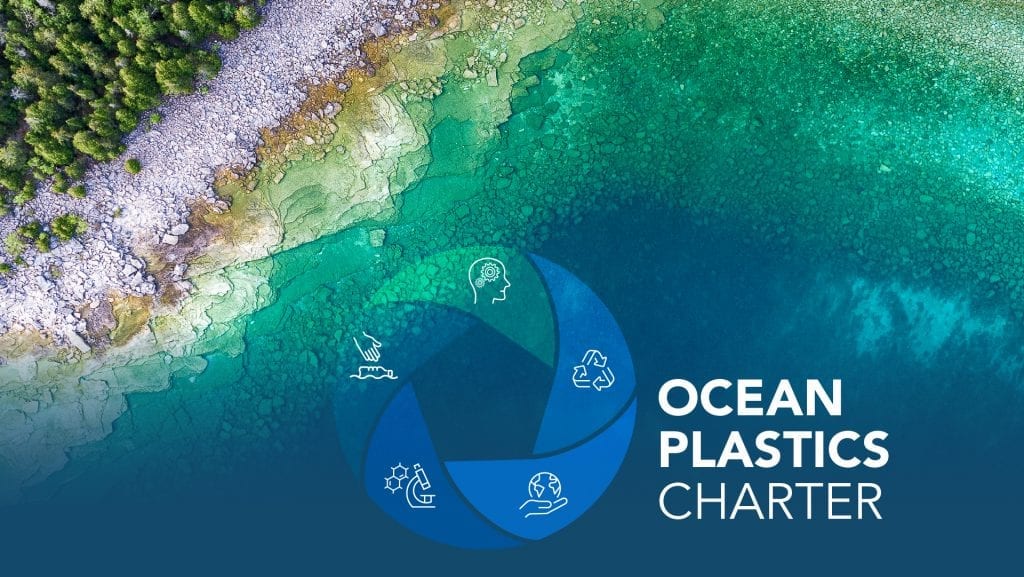